What Does Lane Splitting or Lane Filtering Mean for Motorcycles

If you have ever sat on a motorcycle in full gear during rush hour traffic, you know why it is a relief to hear more states are adding lane filtering or lane splitting to their rules of the road. First off, let’s define what lane filtering and lane splitting mean. Both have been referred to […]

25 Reasons to Ride a Motorcycle

Here are 25 reasons to ride a motorcycle in no particular order. As a female motorcyclist I get asked why I ride rather frequently so I decided to put together a list. Have you ever been asked why you ride? What is your top reason for riding? Check out the list and let me know […]

Back to Motorcycling After All These Years

Back to Motorcycling After All These Years – taking the PCX 150 for a spin!

4 Types of Women That Ride Motorcycles

There are more than four types of women that ride motorcycles! In this post, we are only going to look at four female rider types. All sorts of ladies around the world have been riding motorbikes since they were invented – much to the chagrin of the men in their lives, I’m sure! Motorcycling, like […]

According to the official Ride to Work Day site the yearly event happens the third Monday in June. This year’s annual ride to work day 2022 is Monday, June 20! Ride to Work’s goal is to advocate and support two-wheel transportation such as motorcycles and scooters. They have a wealth of information about riding and […] 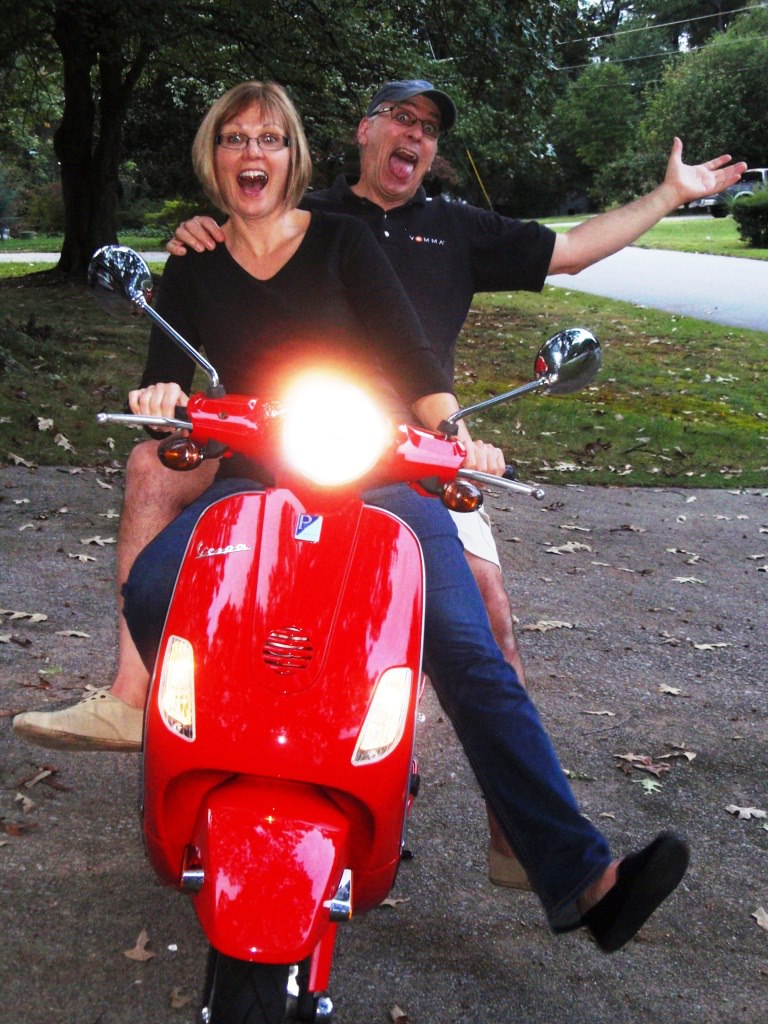 Maybe you are like me and hadn’t heard the term “pillion” before beginning to ride. What is pillion? The official definition according to online dictionaries for the word pillion is that it is referring to a seat or pad used by a passenger on a horse, bicycle, scooter, or motorcycle. Riding pillion means being the […]

Life after Motorcycling with Some New Wheels!

Okay, it’s not what you think. After selling my motorcycle we decided to invest in a lawn tractor, a Cub Cadet. Meet the new ride! This is sure going to make mowing our 3/4 acre a whole lot easier. Here’s a little clip of my son mowing.  Life After Motorcycling – No helmet needed!  I […]

Snow, seventies, and motorcycles – it is early April here in Minnesota! The windows were open. The sound of motorbikes filled the air. I miss riding and the season has only begun!  Snow, Seventies and Motorcycles Riding Early Spring Here in Minnesota there are a few brave riders that bundle up and throw a leg […]

Helmet or Heels is a participant in the Amazon Services LLC Associates Program, an affiliate advertising program designed to provide a means for sites to earn advertising fees by advertising and linking to amazon.com. We are reader-supported! When you buy through links on our site, we may earn a commission at no extra cost to you. Thank you for your support!